Hawaiian Airlines launched its new, twice-weekly non-stop flights from Honolulu to Orlando on Thursday. The airline also announced that it will increase the Hawaii-Florida service to three weekly flights from June 1 to August 10 to meet summer demand.

Hawaiian celebrated the start of its opening service with a gate ceremony at Daniel K. Inouye International Airport on Oahu.

Prior to the start of the Hawaiian service, Orlando was one of the largest U.S. travel markets to the Hawaiian Islands with no non-stop flights. Orlando becomes Hawaii’s third eastern gateway city, alongside New York (JFK) and Boston (BOS).

Hawaiian has flights from Honolulu to Orlando on Thursdays and Sundays, departing at 5.15pm and arriving in Orlando at 7am the next day. The first flight from Orlando to Hawaii departs Saturday morning and arrives in Honolulu at 2:05 pm

Guests traveling between Honolulu and Orlando will ride the Hawaiian A330, which has 18 all-flat leather first class seats arranged in a 2-2-2 configuration. Hawaiian also offers 68 additional comfort seats with more legroom and enhanced amenities, as well as 192 seats in the main cabin. 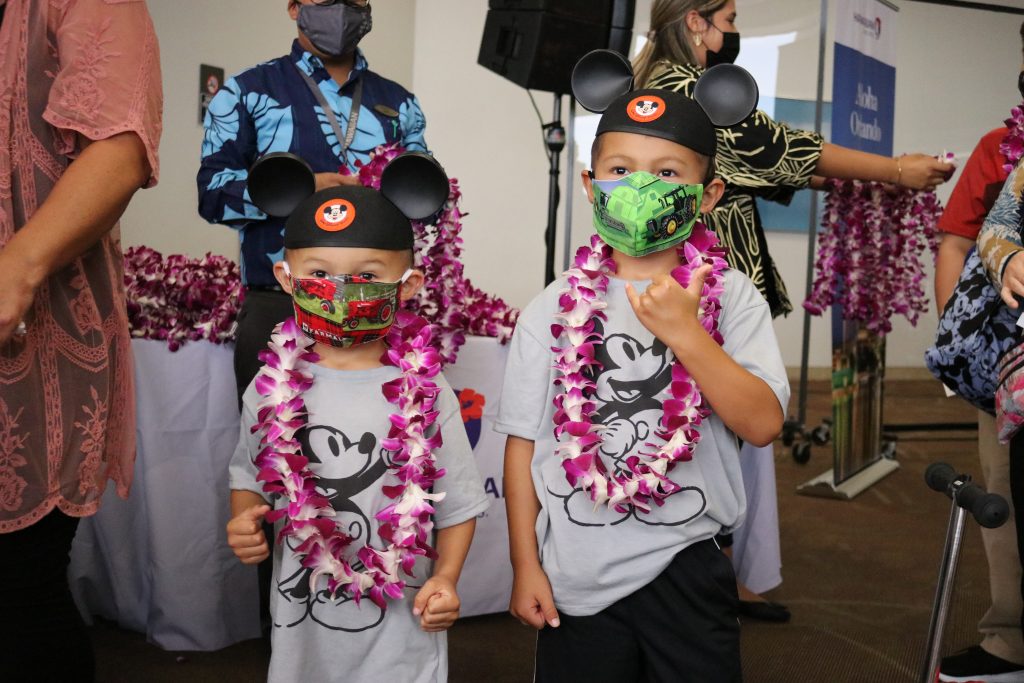