“2021 will be a special time to experience Hawaii and we can’t wait to see guests from our newest cities on board,” said Peter Ingram, President and CEO of Hawaiian Airlines.

Austin, TX: On April 21, Austin will be the first city in the South-Central and 16th US region to join the Hawaiian network. Two weekly Airbus A330 flights connect Hawaii with the capital of Texas and the “Capital of the World for Live Music”. Hawaii is a popular destination for travelers from the Central Texas region, and Austin in particular, the fastest growing U.S. metropolitan area in 2019.

“Although this year has had an unprecedented impact on the aviation and airport industries, Austin-Bergstrom International Airport continues to strive to provide the best possible service to our passengers,” said the airport’s CEO Jacqueline Yaft. “We know many Central Texans will love to travel next year, and we’re excited to offer them an easy and convenient way to explore Hawaii.” 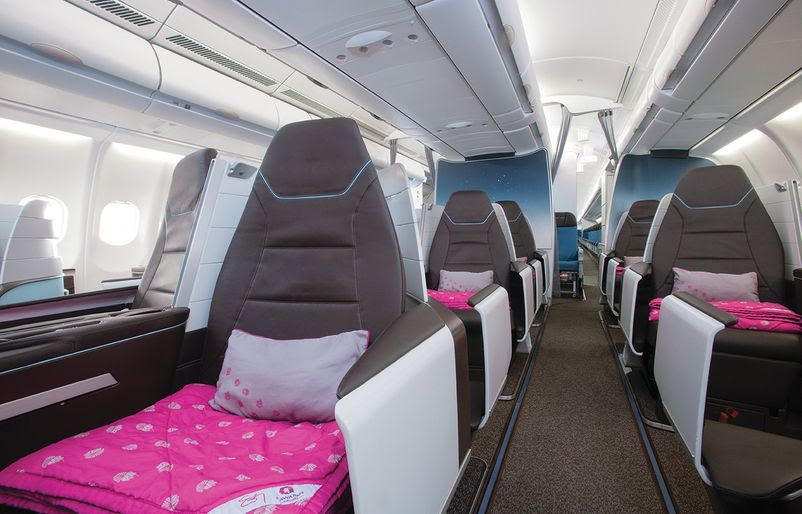 Hawaiian Airlines nonstop flights from Orlando and Austin to Honolulu offer seats in the first class cabin of their Airbus A330.

All guests flying to and from Orlando enjoy island-inspired free meals as well as the spaciousness and supreme comfort of the 278-seater Airbus A330 in Hawaii, which has 18 flat leather First Class seats arranged in a 2-2 2 configuration arranged are couples, families and honeymooners as well as business travelers. The Hawaiian A330s are also equipped with 68 of its popular Extra Comfort Premium Economy seats, which in addition to 192 seats in the main cabin offer more legroom and improved amenities.

“We are pleased to announce that central Florida residents can look forward to non-stop service to Hawaii and that Orlando International Airport is officially Florida’s connection to Aloha State,” said Phil Brown, CEO of the Greater Orlando Aviation Authority . “This new service represents a significant investment that will strengthen the economic, recreational and cultural ties between two of the country’s major tourist destinations.”

The airline will operate the route to Ontario with the Airbus A321neos, a quiet and economical aircraft with 16 luxurious leather armchairs in First Class, 44 additional comfort seats and 129 seats in the main cabin. Ontario will complement Hawaiian’s existing Los Angeles (LAX) service and growing presence in Long Beach.

“We’re excited to bring Hawaii a new non-stop service to our community,” said Alan D. Wapner, president of the Ontario International Airport Authority (OIAA) board of commissioners. “It’s one of the biggest requests we get from travelers and I know it will be an extremely popular route. I would like to thank Hawaiian Airlines for their support and trust in Southern California’s fastest growing aviation gateway. “

Tickets are available from HawaiianAirlines.com.

Travelers planning a Hawaiian vacation can visit Hawaiian’s What to Expect website to learn about the latest Hawaii entry requirements and the Safe Travels program. As the trusted testing partner of the State of Hawaii, Hawaiian offers its guests special pre-travel COVID-19 testing services that guarantee processing times within 24 to 36 hours so that they can receive negative results and be released from quarantine before departure.